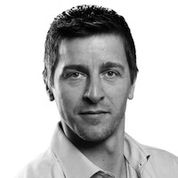 Wilfried Jacobs Wilfried received his ballet education at the Royal Ballet School of Antwerp, Belgium. In March 1995 his first professional engagement was in Karlsruhe, Germany, where he danced with The Ballet am Badishes Staatstheater under the direction of Germinal Cassado.

From August 1998 until September 2007 he worked as a freelance dancer, choreographer and teacher in Japan. Together with his wife he also runs and teaches at the private ballet school of his mother in law. While dancing at the IBC 2006 of Jackson, USA, former director Dinna Bjørn invited him to come to Helsinki and join the Finnish National Ballet, which he did in September 2007.

In 2009 he got promoted to Principal Dancer by Artistic Director Kenneth Greve. From August 2013 until September 2020 Wilfried combines his duties of Principal Dancer with those of coordinating the Ballet School of the Finnish National Opera and Ballet where he also teaches the daily classes to the middle level and vocational boys.

Wilfried graduated from HAMK (Häme University of Applied Science) as an International Professional Teacher in spring 2017.

He retires in September 2020 and after an international career lasting more than 25 years moves back to Antwerp from where he shares as a self-employed his knowledge, experience and passion as a teacher, coach and consultant.

He joins the faculty of Dansstudio Arabesque and since January 2021 he teaches as guest professor to the Bachelor students at The Royal Conservatoire of Antwerp/AP Artesis University.

In December 2016 he received the decoration; Knight of the Order of the Lion of Finland.