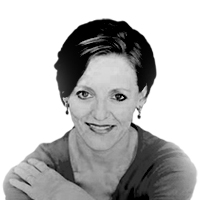 Geneviève Van Quaquebeke was trained at the Koninklijke Balletschool of Antwerp from 1990 till 1996. In her last year she won the Prix Professionnel at the international concours of Lausanne.

She joined the Koninklijk Ballet van Vlaanderen in 1996 as corps de ballet under the direction of Robert Denvers.  After dancing several ballets of Danny Rosseel and a great number of classical ballets, she soon became soloist. In 2000 Geneviève went to Les Ballets de Monte Carlo under the direction of Jean-Christophe Maillot.  In this famous company she danced among others Romeo and Juliet, Cinderella, Vers un Paysage (Jean-Christophe Maillot), Bella Figura (Kylian), Second Detail and Enemy in the Figure (William Forsythe).

In 2003 she was finalist in the Choreography contest in Hannover. After this international experience she came back to Belgium.

In 2009 Geneviève became principal dancer under direction of Kathryn Bennetts.  She danced among others Odette/Odille in Swan Lake and Lilac Fairy in Sleeping Beauty of Marcia Haydée,

Geneviève ended her dancing career in 2013 and concentrated fully on the pedagogic aspect of dance.  In 2014 she graduated at the Ap Hogeschool SLO dans.

Since 2014 she has become artistic director of Dansstudio Arabesque.

She is an established nameat dansstudio arabesque and teaches at the Bachelor training of the Ap Hogeschool/Singel.