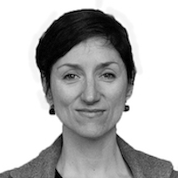 Suzanna Pezo (D) studied Theatre- Film and Television sciences at the Ruhr University Bochum (G) and obtained a diploma Theatre pedagogy/docent drama (lic) at the Hogeschool voor de Kunsten Utrecht (NL). She was educated at the theatre school of Luc De Smet, based on the pedagogy of Jaques Lecoq, Paris. She took classes in Rhythm Tapdance with Peter Kuit in Utrecht (NL) and at workshops and supplementary trainings with international Tap Masters such as Sam Weber, Brenda Bufalino, Jason Janas a.o.

Performances took place in theatres, schools, at festivals in the Netherlands, Belgium, Germany, Austria and China. She also participated in several films for companies and television.

She was the artistic leader, actrice and producer at youth theatre group 2overRood.

For the performance of “Mevrouw de Pauw gaat op reis” by Haiku Harbour she did the choreography.

Since 2011 she teaches Rhythm Tapdance for kids  at Ôt Werkhuys and since 2013 she also teaches adults.