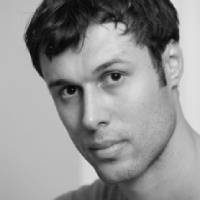 Leo Mujic studied ballet at at the National Ballet School of Belgrad. Following his time there he moved to Lausanne, Switzerland to complete his studies at the ‘L’école-atelier Rudra. From there he went on to perform with a variety of well-known companies in Europe such as the Béjart Ballet, Opera de Lyon and Saarländisches Staatstheater. He was named Dancer of the Year by the German dance magazine 'Tanzaktuell'. Throughout his career he has worked on pieces by such renowned choreographers as Nacho Duato, Maurice Béjart, Jiri Kylian, William Forshyte, Matz Ek, Amanda Miller, Ohad Naharin, Blanca Lee, Carilyn Carson, Philippe Decoufle und JC Blavier. Working freelance for the last 6 years,Leo Mujic has been an International Guest Artist in various international dance projects with the Paris Opera, the Stuttgart Ballet and the BerlinBallet. He is in great demand as a guest at various international Ballet Galas worldwide. In addition to his career as a dancer, Mujic also started making his own choreographies a couple of years ago and has proved to be very succesfull. He has created new pieces on Berlin State Ballet, the Slovenian National Ballet in Ljubljana, the Croatian National Ballet Zagreb, for Aurelie Dupont of the Paris Opera, for the Academy for Music and Dance in Zurich and for many gala events worldwide. He has repeatedly received the finest critical acclaim as a highly talented choreographer. Leo Mujic also works as a Balletmaster and is invited to be the guest tutor by many schools and companies in countries such as Japan, Croatia, Slovenia, Switzerland, Italy and many more.