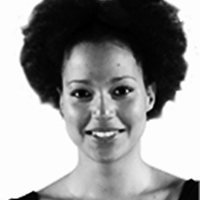 Laurence De Sloovere is 27 years old and is passionate about dance & choreography. In September 2001 she started her dance education at the Royal Ballet School of Antwerp, where she graduated in 2008. After a successful audition at the Alvin Ailey American Dance School in New York, Laurence moved to Manhattan. There she was trained by dance educators including Fred Benjamin, Elena Comendador, Ana Marie Forsythe, Francesca Harper, Tracy Inman, Graciela Kozak and Milton Myers. During her stay she worked with various choreographers and performed in well-known theaters such as 'The Apollo'. At Alvin Ailey Laurence immersed herself in the Lester Horton technique. Now she teaches as one of the few in Belgium this technique. She shows great satisfaction in passing on her passion to younger generations and hopes to realize her passion for making and bringing her own pieces in the future.