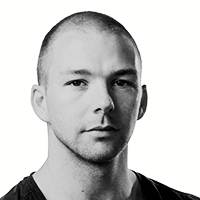 Australian born choreographer Craig Davidson, received his dance education with the New Zealand School of Dance. After graduating in 2002 he was offered a contract to join the Finnish National Ballet by Dinna Bjorn. Soon after he joined the Royal Ballet of Flanders (2003-2013) where under the directorship of Kathryn Bennetts he was promoted to a Soloist, awarded a Critics Choice Award by Dance Europe for ‘Most Outstanding Performance by A Male Dancer’ for his performance in Impressing the Czar by William Forsythe and choreographed his first ballet in 2006 for the annual choreographic workshop. In 2013 he joined Tanz Luzerner Theater in Switzerland and the season after moved to Germany to become a Soloist with the Semperoper Ballett under the direction of Aaron S. Watkin. Throughout his dance career he has performed many soloist roles in numerous versions of the classical and contemporary repertoire such as Blue Bird in The Sleeping Beauty (Marcia Haydee), the Nutcracker Prince in The Nutcracker (Aaron S. Watkin), Beggar Chief in Manon (Kenneth Macmillan), Theme and Variations (Balanchine) Mercutio in Romeo and Juliet (Stijn Celis) and Telemach in The Return of Ulyssess (Christian Spuck) as well as many other productions and creations. He has worked with highly acclaimed choreographers such as William Forsythe, Jiri Kylian, Matz Ek, David Dawson, Wayne McGregor, Jacapo Godani, Nicolo Fonte, Jorma Elo and Alexander Ekman. He has also participated in various International Ballet Galas and Festivals and performed in theaters such as the Bolshoi Theatre, Palais Garnier, Lincoln Center, Theatre du Chatelet and Sadler’s Wells. Davidson created a large body of works during his ten years as a dancer with the Royal Ballet of Flanders. Among them, Momentary was created for and performed at the farewell gala for Dinna Bjorn, Finnish National Ballet and In-Between subsequently was added into the company repertoire at the Royal Ballet of Flanders and Ballet Dortmund and was awarded a prize at the International Choreographic Contest in Berlin in 2015 with dancers from the Semperoper Ballett. He has participated in DanceLines, a choreographic development initiative led by Kim Bandstrup, at the Royal Opera House in London in 2013 and the New York Choreographic Institute in 2014 where he created a work on dancers from New York City Ballet. His first commissioned work Ambiguous Content was for West Australian Ballet in 2016 which was part of the Perth International Arts Festival. Over the past three years, Davidson has created a numerous amount of work for the dancers of the Semperoper Ballett and his work has been seen internationally in Belgium, Germany, Indonesia and Korea and performed by principal dancers from the Semperoper Ballett, Ballett Zürich and Ballet de l’Opéra de Paris. His latest creation Concerto for two and Reminiscence (2016) will be performed at the 30th Rudolf Nureyev International Ballet Festival, Kazan Opera, Russia. Earlier this year he became the director of Creative Arts Davidson and created a duet for Melissa Hamilton (Royal Ballet) and Fabien Voranger (former Semperoper Ballett) for the organizations first project. In June 2017, Davidson will have his final performance with the Semperoper Ballett and season 2017/18 sees him creating new work for Atlanta Ballet, Ballet Dortmund and returning to the New York Choreographic Institute.