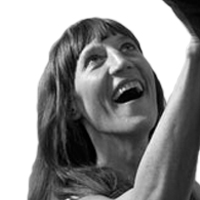 After graduating from the University of Antwerp with a degree in Sociology and Political Science Miek Bartelen decided to pursue her interest in dance and movement. She is (and has been for years) a dance teacher at dansstudio arabesque where she teaches classes for children and ballet,  as well as aerobics, stretching and now a day pilates.

She received her Pilates training from Marjorie Oron at the Pilates Studio in The Hague and Romana Kryzanowska (who herself was a student of Joseph Pilates).

She also worked as a Pilates instructor at the Pilates Studio in The Hague.

She works now in her own studio “Classic Pilates” in Antwerp and trains the dancers of the school De Kunsthumaniora also in Antwerp. Occasionaly she works for the company of Ann Van Den Broek (WArd/waRD)

In april 2006, 2007 and 2009 she attended the annual Body-Mind-Spirit Conference in Santa Clara, California.

She also attended several workshops anatomy related to pilates given by Lori Coleman-Brown from Seattle and Sabina Formicella from Italy.

She also attended workshops Dynamic Alignment Through Imagery by Eric Franklin from Switserland.